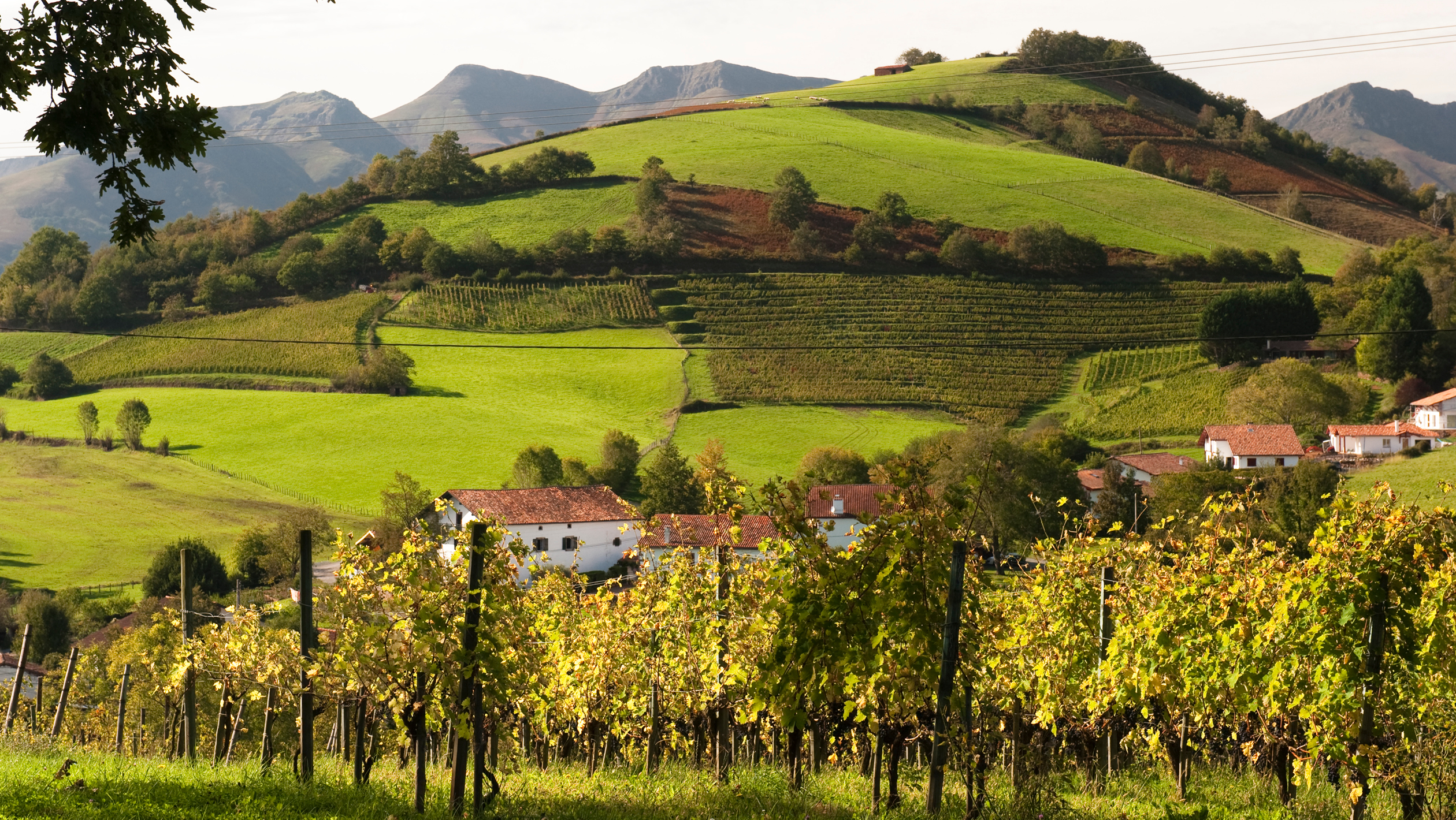 South West France (“le Sud-Ouest” in French) is a wine region spanning across 500 km from the Pyrenees mountain chain in the South-West to the Massif Central in the North-East. There are 50,000 hectares of vineyards covering the upstream areas inland from Bordeaux, around the rivers Dordogne and Garonne and their tributaries, as well as the wine-producing areas of Gascony, and the Northern Basque Country. The city of Toulouse is situated roughly halfway between the South-West wine region and the Languedoc-Roussillon on the Mediterranean Sea.

From the Antiquity to the Middle-Ages

The South-West region was first cultivated by the Romans, the valleys slopes are well irrigated, the climate is mild, the rivers navigable, and the region had a flourishing wine trade long before the Bordeaux vineyard was planted.

The wine trade was a little disturbed by the fall of the Roman Empire but the development of Christianity will allow a new development. The Visigoths kingdom of Toulouse stabilized the region for almost 3 centuries. But the successive invasions by the Moors and the Vikings in the 8th century destroyed the vine: between the uprooting and the destruction of the maritime trade, the vineyards of the Southwest experienced a very difficult period. 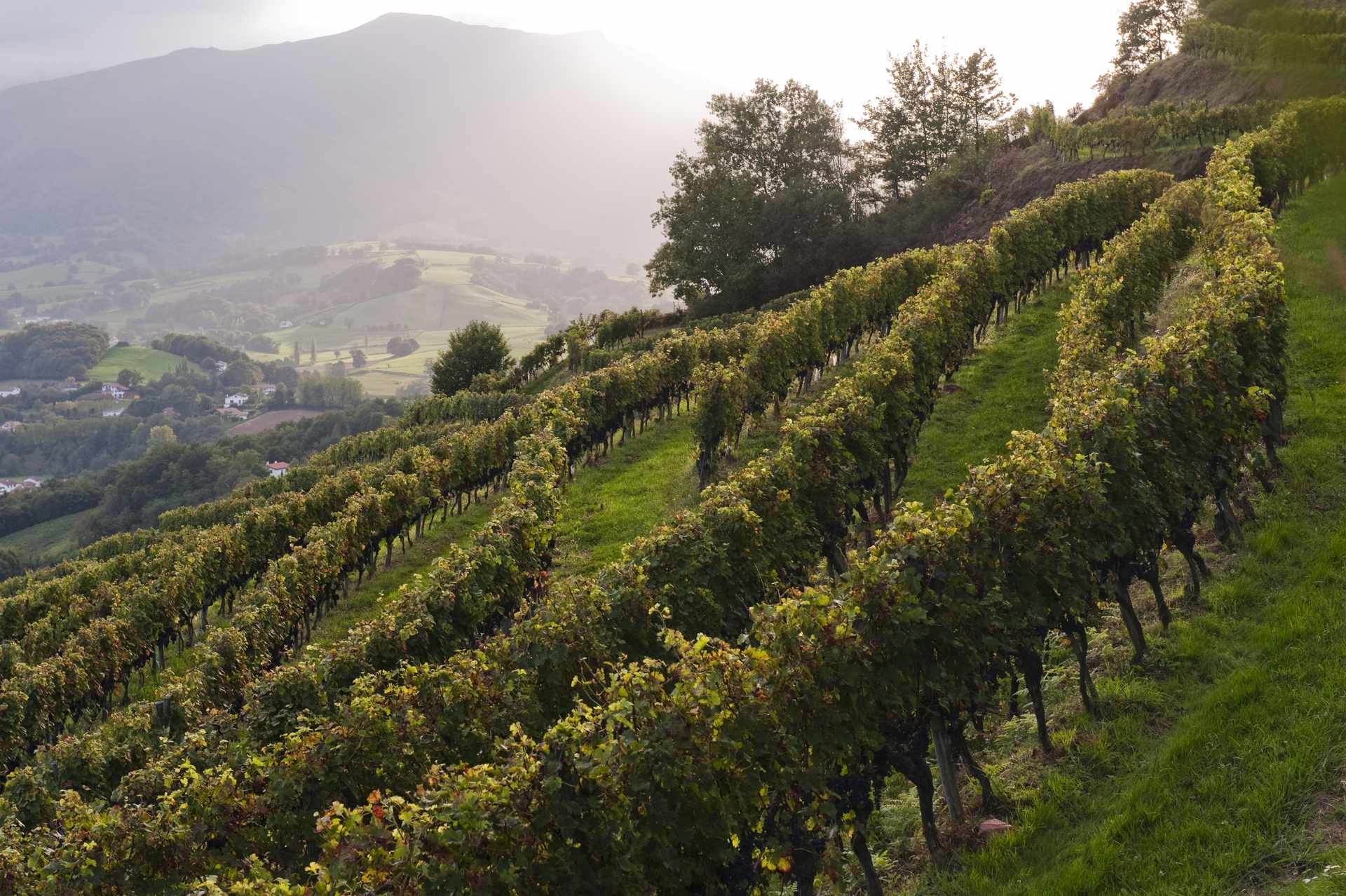 The climate of the inland region was generally warmer and more favorable than in Bordeaux, allowing the grapes to be harvested earlier and the wines to be of a stronger alcohol level, but the wine-growers of the South-West do not benefit from good communication axes to sell their productions, the port of La Rochelle having been closed to exports to Northern Europe, they would descend via the tributaries of the Dordogne and Garonne to be sent to markets along the Atlantic coast. As the port city of Bordeaux became established, wines from the South-West must quickly learn to bow before the domination of the Bordeaux wine merchants.

The story begins with the marriage in 1152 of Eleanor of Aquitaine and Henry II of England, who brought Aquitaine into the Plantagenet Empire. As the most important port on the Atlantic coast, Bordeaux exercised control over the entry and exit of wines produced in large quantities on the Garonne. These wines take the name of "High Country Wines", whose quality is recognized. The wines are named by the name of the port which sends them: Cahors, Gaillac, Moissac...

Once in Bordeaux, part of the wines are loaded onto long-haul vessels and sold under the name of the regions of origin. The other part is bought by the merchants of the city and are used to make their own wines before exporting the resulting blend. This is how the merchant of Bordeaux established their reputation and Cahors or Gaillac wines slowly lost their identity.

Moreover, in 1241, Bordeaux winegrowers obtained a privilege from King Henry III of England, prohibiting wines from the “High Country” from entering the port of Bordeaux before Christmas. These important tax and customs privileges allowed Bordeaux wines to appropriate major markets.

Until modern ways of transportation were developed much later on, Bordeaux wine merchants effectively kept their wines under the spotlight, whereas the wine from South West France were eclipsed in their shadows. We can still see the price difference between the 2 regions today, and the general public lack of awareness for this great wine region.

From the French Revolution to the Modern Era

In 1773, Louis XVI ended the Bordeaux privilege. However, the vineyards of the Southwest did not profit long because the wars of the Revolution and the Empire came to block the maritime trade of Bordeaux.

The arrival of Phylloxera in the 1860s would devastate the vineyard and this plague affected the South West more severely because a large part of its land was devoted to viticulture. By bringing together Bordeaux and the rest of the Southwest, the region was considered the most important producer of wine in the world.

It took almost a century for the vineyards of the Southwest to recover from this dramatic crisis, aggravated by the economic decline of the 1880s. Some winegrowers were able to replant their vines using American rootstocks, the only way found to immunize them against the disease.

The revival of the region will emerge, paradoxically, from a new catastrophe. The 1956 frost wiped out part of the vines and only the most motivated winegrowers replanted. Thanks to their enthusiasm and the technical and financial contribution of returnees from Algeria, we are witnessing the rebirth of this vineyard, which is gradually regaining its acclaim. The restructuring of the vines is accompanied by replanting with qualitative regional or local varieties, already recognized with AOCs such as Bergerac in 1936, or Madiran in 1948.

A formidable palette of terroirs and wines

The vineyard of the Southwest is located between the Massif Central in the northeast, the Pyrenees chain in the south, and the Atlantic in the west. Hence, the climate is quite contrasted.

The heart of the southwest (Gers, Tarn, Tarn-et-Garonne, Haute-Garonne and Ariège), located halfway between the Atlantic Ocean and the Mediterranean Sea, has a double climatic influence. The Pays Basque in the south benefits from the mildness and humidity of the Atlantic Ocean and the harsh climates created by the proximity of the Pyrenees chain. In the north, in the Lot and Aveyron, the climate is more continental, marked by dry summers.

The soil composition varies according to the different terroirs which contribute to the diversity and typicity of the wines from the South-West. There are clay-limestone soils, pebbles, clays, sands, sandstones and limestones.

Not many people know that South West France is actually the cradle of the world's oceanic grape varieties, the Cabernet family, especially Cabernet Franc, is from the Pyrenees. Merlot, partly made from Cabernet Franc, was first developed in the South West.

The winegrowers still cultivates many ancient grape varieties which offer flavours of great originality and preserve the marked personality of this wine region: