The longest river in France, the Loire flows for 1000 kilometres and is studded with 1000 magnificent castles and vineyards on both sides, springing from eastern Massif Central and passing through 12 French Departments on its course to the Atlantic Ocean, effectively dividing the country in 2 in the process. The Loire Valley is a land of balance between North and South, art and literature, tradition and modernity.

Archaeological evidence suggest that the Romans planted the first vineyards in the Loire Valley during the 1st century AD. By the 5th century, the flourishing viticulture of the area was noted in a publication by the poet Sidonius Apollinaris. In his work the History of the Franks, Bishop Gregory of Tours wrote of the frequent plundering by the Bretons of the area's wine stocks. The region’s vineyards began to thrive in earnest when Henry II Plantagenet, Count of Anjou, became King of England in 1154. He requested that Anjou wines be served in the Royal court.

1532 marked the start of a new era of expansion for the Loire vineyards, with king François I authorising the Breton States to continue trading with other countries. In the 16th century, almost 10,000 barrels of wine passed through the port of Nantes, more than La Rochelle and Bordeaux combined. Dutch traders called for wines specially made to suit the tastes of their clientele, leading to an unprecedented expansion in rural viticulture which was to last until the middle of the 19th century.

The development of new transportation methods, particularly railways, put the Loire vineyards in direct competition with wines from the Midi, and this in turn led to a renewed surge towards quality production. Once the phylloxera crisis was over, quality was again at the top of the agenda, leading to the creation of the famous appellation system in 1936.

In 2000, the Loire Valley is included in UNESCO’s World Heritage List (from Chalonnes-sur-Loire to Sully-sur-Loire).

A cool climate and chalky limestone

The Loire Valley benefits from a continental climate with a strong oceanic influence to the West, while the proximity with the waterways adds a few extra degrees to the vineyards along its banks to fully ripen the grapes.

The soils are very varied, either made of clay mixed with flint (“perruches”), clay-limestone (“aubuis”), chalky-limestone (“tuffeau”), sands on clays, but also light gravel and shelly sand.

Let’s take a closer look at each of Loire Valley the sub-regions:

- The Centre-Loire, as its name implies, is at the exact geographical centre of France. Grapes have been grown here for at least 2,000 years. This is the original home of Sauvignon Blanc in Sancerre that sets international standards for the grape. Lesser known but equally fine examples include Pouilly-Fumé, Menetou-Salon, Quincy and Reuilly. 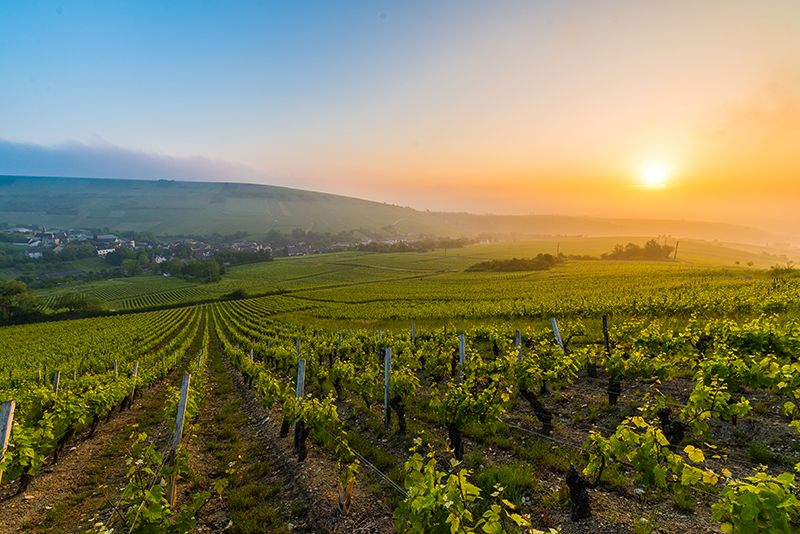 - Touraine, sometimes called the “Garden of France” was where kings and nobles built many of the chateaux that make the Loire Valley one of France’s most popular tourist destinations. Wines of the region include many famous appellations, including Vouvray and Montlouis, still and sparkling wines made from Chenin Blanc; Chinon, Bourgueil and Saint-Nicolas de Bourgueil, mostly still reds made from Cabernet Franc.

- Saumur is a picturesque city dominated by one of the most famous castles in France. The castle, like many of the great châteaux of the Loire Valley, is built with the same tuffeau limestone that underlies the vineyards of the region. Excavations left from building castles and palaces left hundreds of kilometres of underground tunnels that now serve as cellars for the Chenin Blanc based sparkling wines of the Loire.

- The ancient Duchy of Anjou was once a political power that rivalled the Kingdom of France for wealth and importance. Anjou produces many of the Loire Valley’s best sweet wines Bonnezeaux, Coteaux du Layon and Quarts de Chaume, all made from Chenin Blanc. 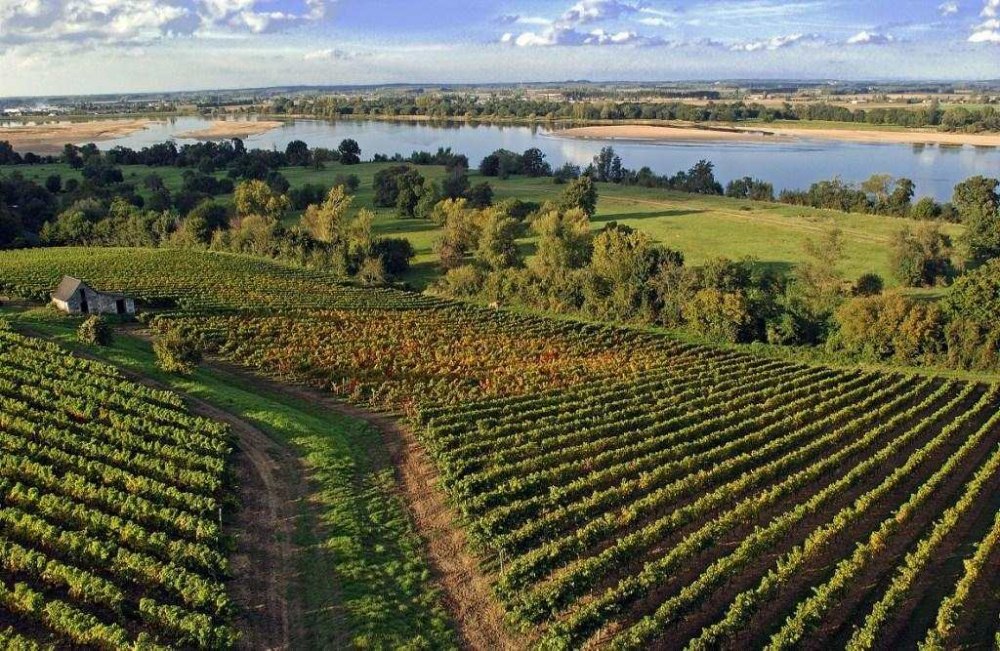 - The Pays Nantais, on the Atlantic coast of Brittany, near the city of Nantes has been producing wine since the Roman era. The region is known for Muscadet (made from the Melon de Bourgogne grape variety), the largest white wine appellation in France, and the ultimate crisp, dry, seaside wine. The Loire Valley is a beautiful place, easily accessible from Paris, and well worth a visit!